: : Polynesian pop… Tiki style… the Hawaiian / South Pacific / Exotic motif that appeared in bars, nightclubs, restaurants, hotels, motels, and elsewhere around the time of the post-war boom was a trend that was born out of sheer necessity.: :

: : Tiki wasn’t so much a “thing” as a state of mind, and its motifs and signifiers were as mismatched as a bad golfing outfit. African spears mingled with Easter Island totems, bamboo and grass-cloth covered every surface imaginable, and fish carcasses became serviceable lampshades to illuminate your glowing orange bo-bo balls as clearly as the setting South Sea sun. : :

: : Tiki bars were where post war suburban kings and queens could see before them the world they had “conquered.” By housing all that was mysterious and taboo about the “old” world into a shimmering post-and-beam modernist temple of glass (lined with bamboo), what was once spiritual became playful... what was once revered became (slightly) ridiculous. Sipping Mai Tais under the watchful eye of a carved head was never intimidating in this environment. While back home his gaze may have been meant to ward off evil spirits, in here Tiki's duty was to ward off evil heartburn. : :

: : Weary nine-to-fivers sought refuge under Tiki’s artificial palms for some blessed down-time after a hard day shuffling papers, numbers, and modern life’s other assorted minutiae. A dark place, a cool drink, and the Pu-Pu Platter used to be the elixirs of choice to calm frazzled nerves. Long before Prozac, there was Tiki. But then a funny thing happened on the way to the 21st Century: people found alternatives to Tiki’s exotic charms. In the 70s, there was more talk of a jogger’s floating on endorphins during a good run than talk of one’s back teeth floating after one too many ‘Scorpions’ at Bill Wong’s Hawaii Kai Lounge. In the 80s, cocaine replaced the ‘Aku-Aku Coconut’ as the stress-reliever of choice. The 90s seemed to be a mixed bag: while some longed for the days of Tiki, others shouted from their treadmills that his way was anachronistic and deserved to die. Of course Tiki’s not dead... not yet anyway. : :

: : And now... a Montreal Tiki Appreciation Society. Why? And how come, so many years after the original trend died out, and in a part of the world that was never known for its abundance of Polynesian-themed establishments? Well, besides the fact that we think the Tiki aesthetic is oh-so-cool, we are followers of the Polynesian Pop culture philosophy, that is to create an ideal, exotic environment... not just a place to “go” but the perfect place that can make you feel like you’ve been transported further than you’ve actually travelled to get there... And where could this be more essential than in a city where the climate is far from ideal for a good part of the year? : :

Here’s the M.T.A.S. master plan (which you too can follow):

•     Seek out the Tiki bars or restaurants in your surrounding environment, if possible. Patronize them whenever you can.

•     Have a Tiki-themed blow-out a few times a year. All you need are a bunch of bamboo torches, pineapple appetizers, the lilting sounds of Martin Denny’s combo oozing out of a cleverly concealed hi-fi set, and a strict dress code of leis and Hawaiian shirts. Tiki will smile upon you and provide the rest.

This introduction is based on an editorial and article that appeared in the first issue of Mai Tai. Editorials were written for the first 7 issues of the newsletter. Later issues skipped on the editorials to leave more room for articles and other content. For purely historical interest, editorials can be read HERE. 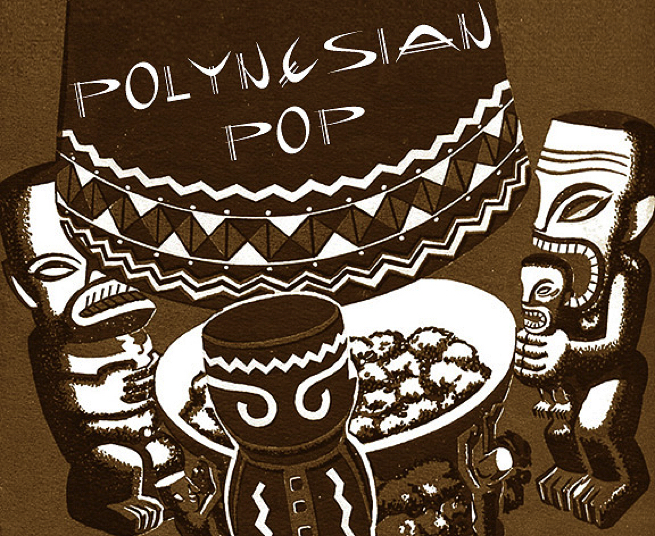